I began my New Zealand journey on Thursday July 13th at 530am. After leaving Iceland on the 11th I stopped in Copenhagen, Dubai and Melbourne before the wheels hit the tarmac in cold, wintery Auckland. It was the all the same except in Dubai when a box of Marlboros hit me on the head, thrown by a pair of drunken Europeans. I was only able to muster a quiet chuckle and wave of my hand, being too exhausted to care.

At the Auckland airport I met Lola and Rory, an Irish couple, who were selling their campervan after a year of travel. They met me early in the morning so I could take the red and white 1991 Toyota Townace for a test drive. The oil hasn’t been changed for a while and I think it’s the original battery but I have faith in Toyota’s. I decided to call him Jack The Van, after Jack Meyer my step-grandfather who passed away in July.

Lola, Rory and I made our way into the city and had about an hour until the bank opened. We stopped in for coffee and they wrote down the best places to visit on the North and South Islands. It took about 45 minutes to sort out the payment situation since I could only take out $800 per ATM and I couldn’t transfer to an international bank. Eventually I was able to do a cash advance and everyone was happy. It was all very overwhelming after 30 hours of travel.

Fueled by anxiety and fear of crashing I made it to the Mount, a 3-hour drive from Auckland, around noon. I stayed at Jay and Paul’s place for two nights with the couple, Ewan and Larissa, who were house sitting until September. At the Post Shop I took care of transferring the van to my name and the paperwork to get a tax IRD number. The last thing I need to do is open a bank account, but have to wait about 10 days for my IRD number in the mail as proof of address. After the experience of selling my car in Seattle with all the paperwork, emissions tests and long lines- buying a car and becoming a temporary resident in New Zealand was stupidly simple. Even at customs, I wasn’t asked to show that I was approved for a work visa.

On Saturday Ewan and I made our way north in the morning. He was headed to Auckland anyway to buy a car and asked to join. The trip saved him $100 for gas and saved me 3 hours of driving. From the Westfield Mall in north Auckland I had 4 additional hours of driving. The mall was awful and I received two well-deserved honks after the evil round a bout. At the mall I bought my Spark SIM card and groceries at New World. I often get anxious when buying groceries because there are so many things that can go wrong and everything is more expensive here so I have to consider every purchase carefully.

-Hummus with Beetroot and Garlic

The drive along the motorway was easy and without much traffic. I was able to go 20km under the speed, which was fine with me. Every curve in the road produced a more jaw-dropping view. Tired and excited, I would shout at the sheep and road workers, demanding that they understand how lucky they are to be in a beautiful country.

I finally made it to Rick and Lindy’s around 5pm after driving down a steep, windy hill and gravel road. Jack The Van complaining as the wheels bit the rocks. He’s not the adventurous type. The large horned and hairy Scottish Highland Cattle marked the spot of their farm. Lindy and Rick gave me a welcoming hug as I stepped into the place I’d home over the next 10 days. 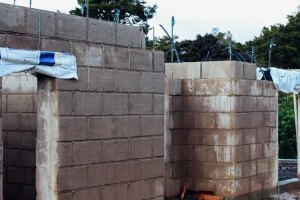 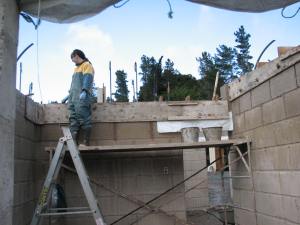 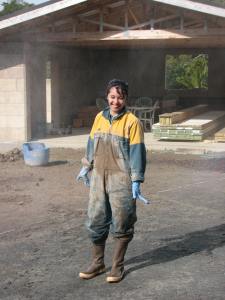 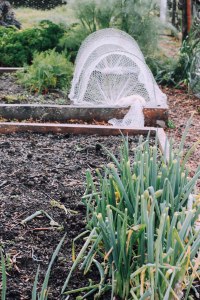 Small garden outside the house 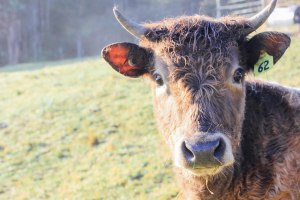 One of the cross breed cattle, Maude 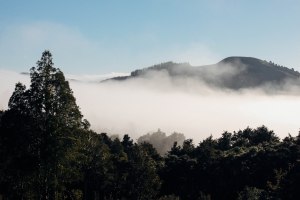 Morning fog, from the top of the scaffolding 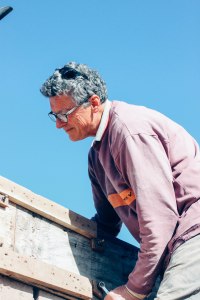 Rick, setting up the plywood to make the bricks 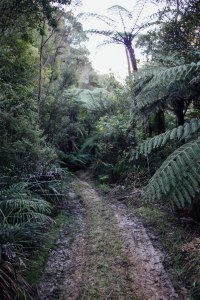 Tramp through the woods 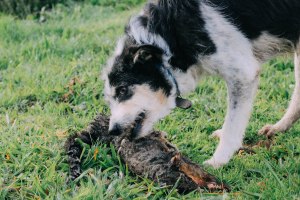 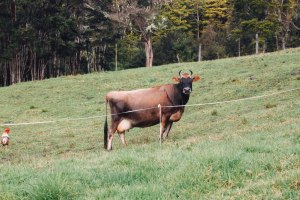 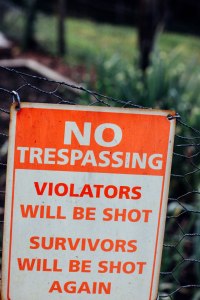 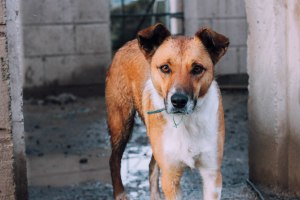 Need to get better at these timed photos

2 thoughts on “The Beginning: Far North”